THE TRADE FAIR OF REFERENCE
ON SPANISH WINE

"FENAVIN is the trade fair of reference on Spanish wine". This is how the daily newspaper EL PAÍS defines the Spanish Wine Fair in its "Negocios" supplement, as is the case of the ICEX (Spanish Institute for Foreign Trade), in an assessment report on FENAVIN.

This is also likewise the perception that wineries and Spanish cooperatives have of the Trade Fair, having wagered on FENAVIN from its very beginnings as an instrument to promote business in both the national and international wine industry. The industry highly values the efficiency of the system that is promoted by the Trade Fair, year after year and yet, even so, the managing team still continues to mark out the same goal: to do business with pragmatic and efficient work systems that aid in creating a broad-ranging encounter between the offer and the demand.

This proposal, which is fundamentally based on personalized attention in that pertaining to the demand, has managed over nine editions of FENAVIN to become the most important monographic trade fair in Spain, and the only one that truly offers contrasted business capacity. It is due to this reason that at FENAVIN 2019 there were 1,946 participating wineries and cooperative organizations coming in from the entire national territory and distributed throughout nine pavilions. Practically all the designations of origin of Spain were able to do business at the most important trade fair on Spanish wine.

WHAT THEY'RE SAYING ABOUT FENAVIN 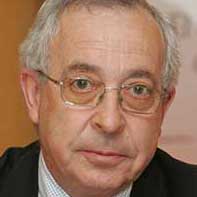 "FENAVIN has turned into the wine trade fair of reference of Spain and as one of the main national producers we absolutely must be present at it.” 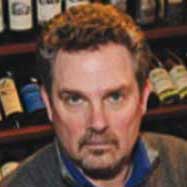 “FENAVIN is fantastic and I simply adore the facilities and I think it is a wonderful idea to be able to work in the Business Center.” 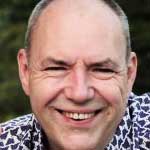 "FENAVIN is one of the best trade fairs on wine that exist in Europe, because it really isn’t normal to find such an amount of wine all in the same place.”

The "Contact with…" Program is a computer tool that optimizes contact to a maximum between buyers and wineries offering their products at the trade fair.

The Wine Gallery allows connecting all the wealth and wine variety of the country with the preferences of buyers from around the world, all this in a space in which each one of the wines is presented under perfect conditions for their tasting.

The Business Center is a highly suitable private area where importers and Spanish winery owners can bring their positions together, reaching commercial agreements and promoting our wines in each and every corner of the world.

An efficient on-line business and information search tool at FENAVIN, which can be accessed through the trade fair's website.