FENAVIN closes its doors with 509,615 business contacts and an economic impact of 84 million Euros 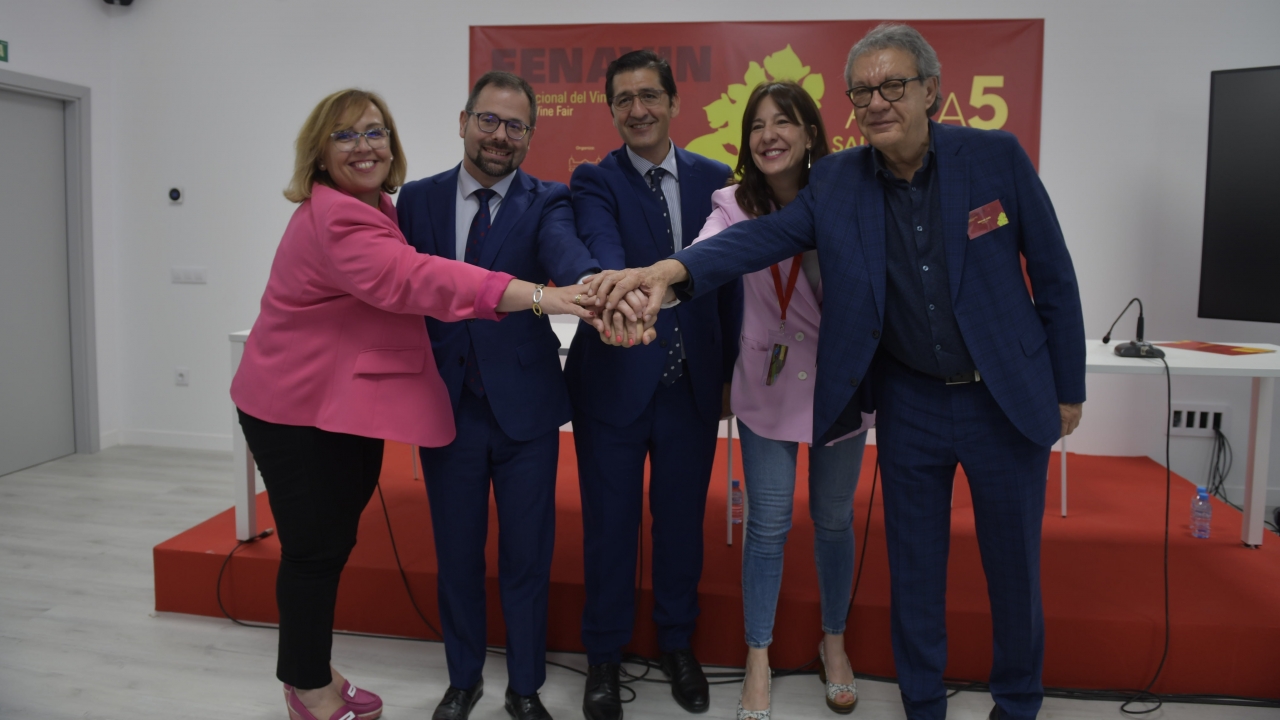 The National Trade Fair on Wine, which this year has gathered together the most institutional support, with the presence of the Head of State and of the President of the Spanish Government, closes its doors today with unprecedented business data, and this despite notable absences due to the pandemic and the Russian invasion of Ukraine. The most conservative estimates point to an economic repercussion of more than 84 million Euros, a figure that will increase notably once the operations derived from the 509,615 business contacts that the organization has recorded are duly closed.

The President of FENAVIN has spoken of a volume of business that is initially situated at 64 million Euros, at a rate of 15,000 Euros per exhibitor, a figure that in practice has been higher because the contracts will be for higher amounts. However, the trade fair does not lose its essence, which is nothing more than doing business, exhibitors and buyers, respectively, selling and buying wine.

It is in these terms that the President of FENAVIN, Manuel Caballero, has expressed himself, likewise referring to the 20 million Euros in expenses, investments, actions and working capital in the provisioning of services to cover all that the trade fair implies, ranging from assembly work right through to the closing of this eleventh edition. Screen printing and painting companies, courier services, taxis, restaurants and hotel companies are just a few examples of the multiple and varied sectors that have once again been benefited in the province with the celebration of FENAVIN. Thus 91% are from the province itself, this according to information provided by the President of the Provincial Government

Caballero, who has made it quite clear that the trade fair is focused on solving the infrastructure problem and that the works on the new pavilion will begin on Monday, has said that he is very happy with the business data and the economic movement that FENAVIN 2022 has generated, especially if it is taken into account that the Provincial Government has invested 3,700,000 Euros, this in comparison to an economic return of 84 million Euros.

Caballero has not hesitated to acknowledge that in the months prior to FENAVIN what has kept him awake at night has not been the visit of the King or the President of the Government, but rather sad events such as the pandemic or the invasion of Ukraine, two events that could affect the trade fair that concentrates the most Spanish wine in the world, especially wine from Castilla-La Mancha and, in particular, from the province of Ciudad Real, with nearly 500 wineries.

"The institutional presences consolidate us as the most important trade fair in our sector, but nothing that happened would make sense if spectacular data were not presented”, he added.

On the other hand, he explained that commercial operations have focused on international markets and added that, although the trade fair ends today, trade continues, “because all contracts and pre-contracts must be carried out, brought to an end and the operations must be closed”.

A total of 115,534 persons have been accredited at FENAVIN, of which 114,538 are national buyers, 4,267 are international buyers from 84 countries, along with 5,622 exhibitors, 50,853 visitors, 2,135 institutions, 760 media members, 647 assemblers, 401 auxiliary personnel and 187 speakers, who have participated in 72 activities, 30% less because, in accordance to Caballero’s statements, the tendency is for exhibitors to offer parallel activities, as has happened this year at the Castilla-La Mancha stand.

In that pertaining to comparisons with the previous edition, the trade fair has in fact gone from 33,000 square meters to 28,300 square meters, that is 15% less than the previous edition. Despite this, the facilities have never been praised as much as in this 2022 edition, with the new Homero Pavilion coming into operation, which has recovered the main entrance to the trade fair, the Wine Gallery and the Business Center in its own exhibition area and the Dionisos Pavilion in built-up area. It has gone from 10 pavilions to 8.

On the other hand, 1,874 wineries have participated individually, grouped or represented. And 456 have been left in reserve. By numbers, the most representative exhibitors have been those from Castilla-La Mancha, followed by Castilla-León, Catalonia, Galicia, Andalusia, Valencian Community, etc., along with practically all the autonomous regions of Spain right up to Asturias, coming up in the last place.

In the Wine Gallery, 1,436 brands have been present, of which 33% are organic, which is a good example, according to Caballero, of the boom that the cultivation and production of wine in a sustainable way is experiencing. Among the curiosities, an organic vermouth made from a 12th Century recipe and a product made using the Méthode Champenoise, invented by the Romans. Vinum Titillum, they called it.

Another curious fact is that during the opening ceremony King Felipe VI took an interest in the can of Xetar Wine, which is low-grade fermented must wine that began to be marketed during the pandemic with young people in mind, created over the basis of drinking it individually, this thanks to the Progreso/Vidasol formula, which also represents the oldest cooperative in Spain.

Caballero has covered the entire outcome of FENAVIN 2022 by offering one last piece of information, the hours of work invested by the organization and the auxiliary companies, which amount to 71,968.

Blanca Fernández has specified the celebration of this year’s National Trade Fair on Wine in one word: “excellence”. García-Page’s Spokesperson has summed up this success in a path of improvement that has become essential; according to Fernández “for Ciudad Real without a doubt because it transcends what it means to be essential for the sector”. “It has become a source of pride”, added the Minister, “for the province and a source of aspirational hope for the rest of the region”.

In her speech Blanca Fernández highlighted that “for the first time, not only has FENAVIN had the support of all the institutions, together with the Provincial Government as alma mater, but even the Government of Spain itself has been directly involved in this trade fair, which means a lot”.

Fernández has also shown her surprise on learning that the lowest estimates are  in the orbit that, for every euro invested of public money, twenty have been generated. This has repercussions, she continued, “in the real economy of the people and that demonstrates that politics is indeed for something else”. To this she has added the importance of the fact that “one of every eight liters of wine that is exported from our country comes from this province, and, moreover, with an increasingly better quality, more professionalized and with a better image”. And now with the known figures and confirmation in hand it can certainly be said that the National Trade Fair on Wine has indeed contributed to this.

In this sense, the Counselor has determined that “FENAVIN deserves to be protected and promoted and, of course, this will be provided by way of the upcoming vineyard and wine law that Castilla-La Mancha will have”. In this sense the capital status of Ciudad Real will be recognized “because it is evident that the impulse of the Provincial Government and providence has been strategic; They have not resigned at any time and that has been definitive”, as Blanca Fernández has announced. 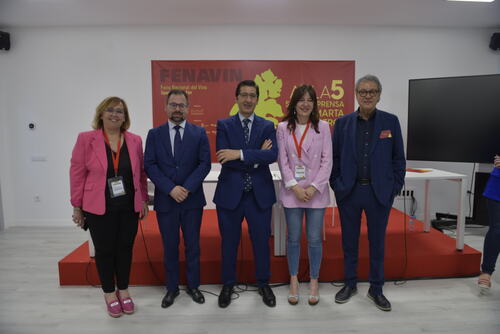 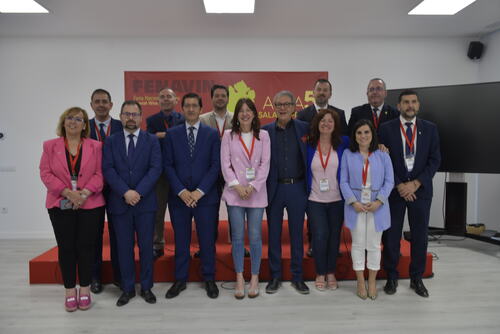