Sommelier Pedro Martínez will be at FENAVIN this year presenting his most personal Project, the 'De Nariz' brand, awarded for the best design in the world

Recognized as one of the best sommeliers in Spain, Nariz de Oro 2001 (Golden Nose), Martínez will attend the National Trade Fair on Wine this year with his own stand to present his wines, the 'De Nariz' brand, which also pay homage to the Monastrell variety and which have been laureated with the Double Gold at the 2021 Pentawards.

"I wanted FENAVIN to be the first major trade fair in the world in which to present my wines. I was most definitely very clear on this idea", he assures. 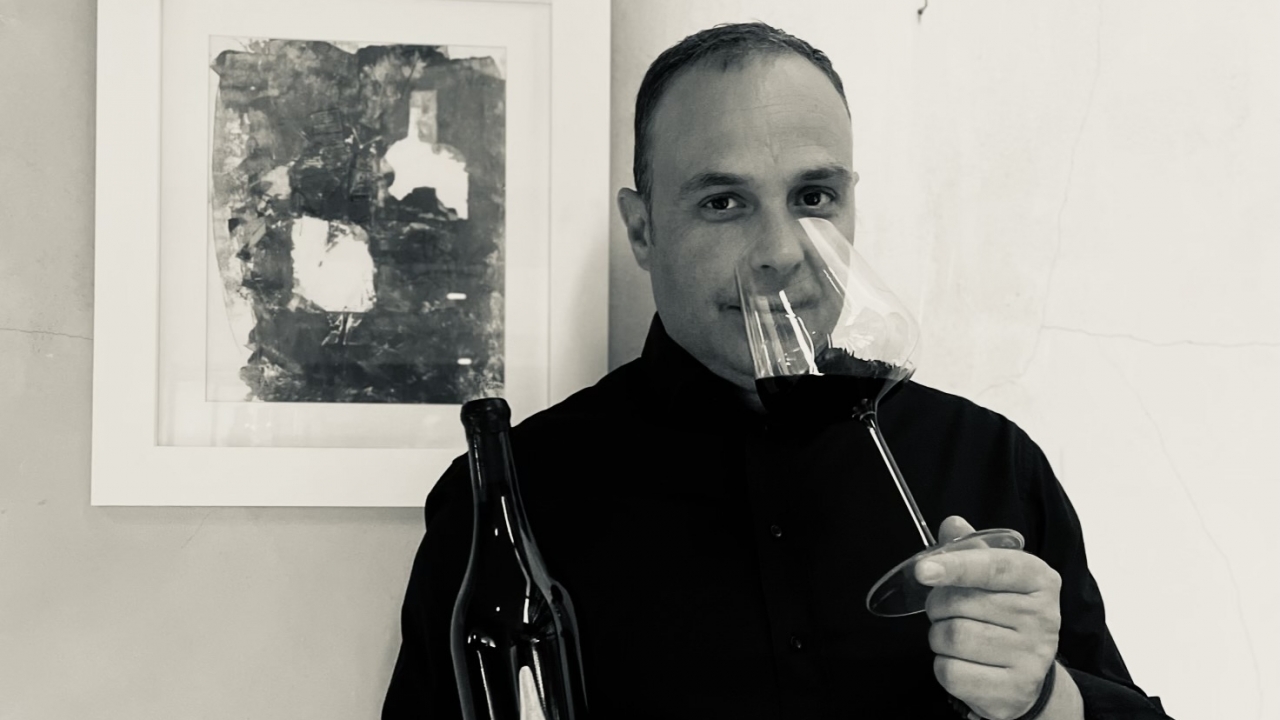 The prestigious sommelier Pedro Martínez Fernández, considered one of the best sommeliers in Spain, winner of the 2021 Golden Nose Trophy, will be at the 11th edition of FENAVIN this year with his own stand to present his most personal Project. ‘De Nariz’ is the brand under which he markets a super limited edition of three wines, which also pay homage to the Monastrell grape variety, made in three different wine plots: Jumilla, Yecla and the northwest region of Murcia. With these wines Martínez expresses the best of the area from which it comes, allowing both connoisseurs and any wine lover to enjoy something unique and special.

Although, and above all else, the most important thing is the wine, its packaging has received important recognition, both nationally and internationally, such as the Double Gold for the best design in the world in 2021 in the latest edition of the Pentawards: Gold in the Dieline Awards or a Bronze at the Laus Awards. The bottle label is the protagonist with the three-dimensional golden nose, made from an exclusive alloy and representing a reproduction of Pedro Martínez’s own nose.

The sommelier, born in 1973 in Cohegín (Murcia), has participated in conferences, talks, directed tasting sessions and seminars in the last five editions of FENAVIN, but this is the first time he attends as an exhibitor and the first trade fair in which he presents the third vintage of his ‘De Nariz’ wine, with the best packaging in the world. “I wanted FENAVIN to be the first trade fair where I would present my project, as in my opinion there are three major trade fairs in the world and one of them is FENAVIN and I wanted it to be my first letter of introduction and it was clear to me from minute one that this trade fair is very important as a showcase for projects that are already consolidated or about to be consolidated, because one of its main values is the number of professional visitors and international importers who come to the trade fair, thus representing its main asset”, underlines the sommelier.

His wisdom is not only limited to the world of wines, but also to the hospitality industry in general. Forged on the basis of hard work and preparation, Pedro Martínez Fernández has managed to reach the very top tier of his work. “I have experienced the world of wine from all perspectives, having worked for great restaurants and trained in both viticulture and enology, apart from commercial matters as well, thus I can undertake my personal project with the maturity that only experience can provide”, he explains.

‘De Nariz’ is a conceptual Project with which he wanted to wager on the Monastrell grape variety, the fifth or sixth variety in the world. “Years ago there were 120,000 hectares and now there are about 70,000 hectares worldwide in four production areas and it is in the Mediterranean basin where there are very large Monastrell plots that we have to value or they will end up disappearing,” he adds. His goal with ‘De Nariz’ is therefore to “enclose that soil, that climatic year and the expression of that grape variety in the bottle”.

After having tasted more than 2,700 wines around the world last year, he assures that someone like him is “a student for life and a connoisseur for life” and he highlights that to be a Golden Nose, apart from feeling “a true passion for the wine”, one must also have “good olfactory memory, taste, knowledge and a great comparative framework, all of which is achieved by training a lot. You have to taste and taste”. Pedro Martínez’s wines can be tasted at FENAVIN from May 10th to May 12th.