The Director General of the Spanish Wine Market Observatory has analyzed Spain in the world of wine, this along with Felipe Álvarez of the Majuelos Singulares of Spain 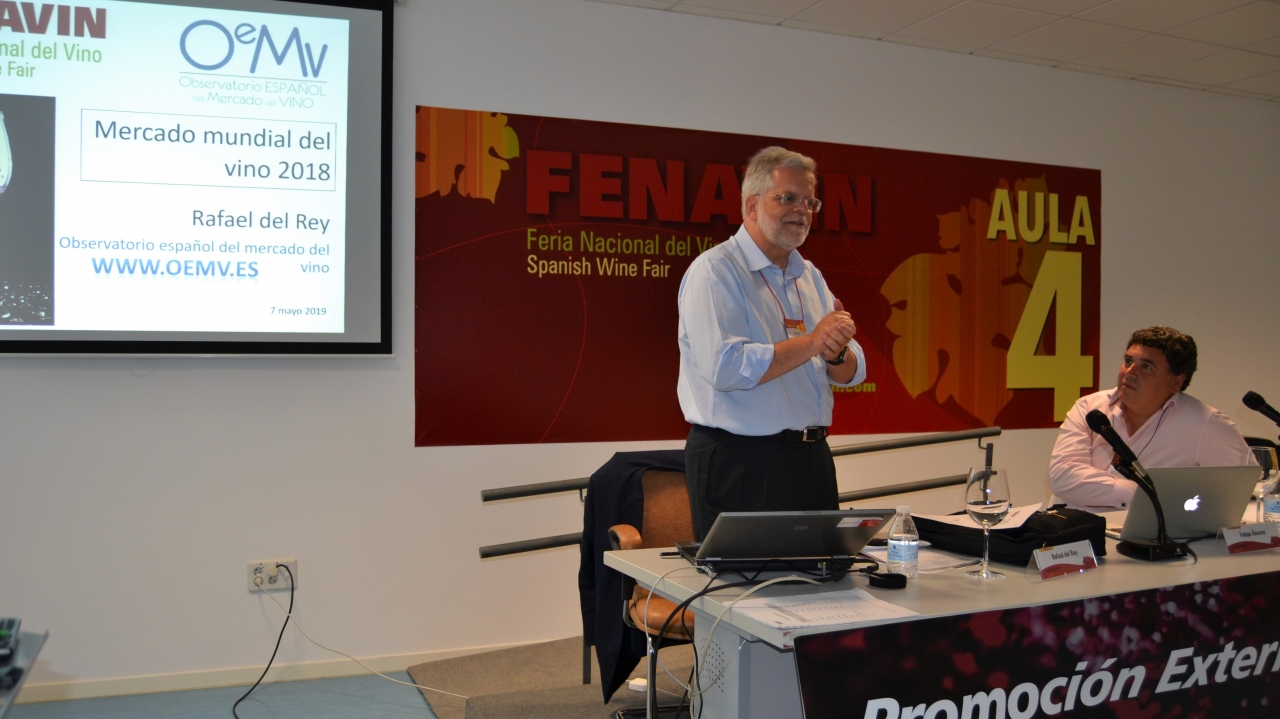 This afternoon at FENAVIN Rafael del Rey, Director General of the Spanish Wine Market Observatory analyzed the current situation of Spain in the world of wine, this in the company of Felipe Álvarez, owner of the company Majuelos Singulares of Spain. Rafael del Rey stated that we must continue working to avoid the fluctuations in production that exist in Spain.

Rafael del Rey made it quite clear that “Spain is a leader in the world of wine, as it has been one of the greatest global exporters for a long time, and thus our goal is to generate more value, more brands, more bottled wine and premium bottles and, above all, better marketing of the wines, which is the challenge that all wineries, big or small and cooperatives face, and FENAVIN contributes to this commercialization challenge”.

And he added, “since others will follow, once we find ourselves in the countries, then we can see the type of wines they want. What is of essence right now is the will and the means to come out on the market”.

Important changes in Spain’s position in the world of wine have taken place since the previous edition of FENAVIN, and these have not always been good. “What happened during the 2017 and 2018 campaigns has been quite similar to what happened in the years 2012-13, with enormous fluctuations in the production of wine and this has indeed been a problem. Seven years ago we had short harvests, and we ran out of wine. It was complicated to sell. And these last two years we have once again had great wine productions that have an impact on the prices and on the image of Spanish wines. These fluctuations must be avoided, and we must learn this lesson”, Rafael del Rey underscored.

To avoid these fluctuations “work is underway in Castilla-La Mancha cooperatives and wineries, linking the production to the capacity for commercialization, and talking more about yield, distillations, quality, assessing each type of grape, and I consider that the key lies in this and in a greater capacity for commercialization, understanding the international markets, as only in this way will we be able to organize the industry and we must ensure that this information, about the types of grape and the amounts we require, be[U1]  transferred to the wine growers”, he explained.

Rafael del Rey is optimistic that this situation will be corrected, because we find ourselves with a harvest that once again promises to be a good one and this in turn generates problems that will make us all ponder on this matter.

Also intervening was Felipe Álvarez, founder and owner of Majuelos Singulares of Spain, with a stand at FENAVIN and a wine export company since the year 1999, handling the exporting of more than 20 of the country’s wineries, and commercializing about 4 million bottles a year, equivalent to Euros 13 million, and producing wines with the final market in mind.

“In summary, we are trying to understand what the important wine buyers are looking for and we are making them offers, in such a way that last year we exported to 33 countries in the European Union, apart from the United States, Canada, Brazil and currently we are working on a very nice project that aims to sell with value in China and also in Japan, which is a very demanding market in that pertaining to the level of quality”.

Álvarez has been visiting FENAVIN ever since its first edition and he has highlighted the effort made on the part of the organization to bring in more and more quality buyers. 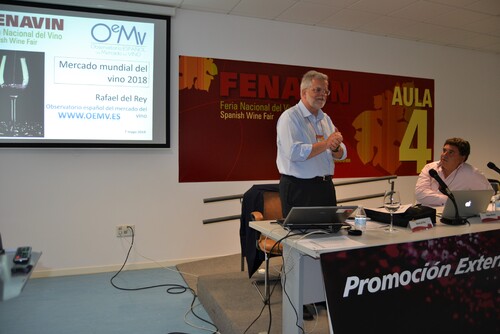 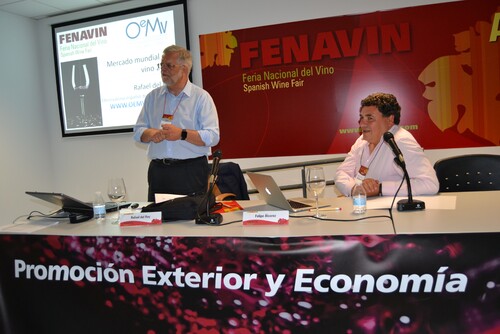 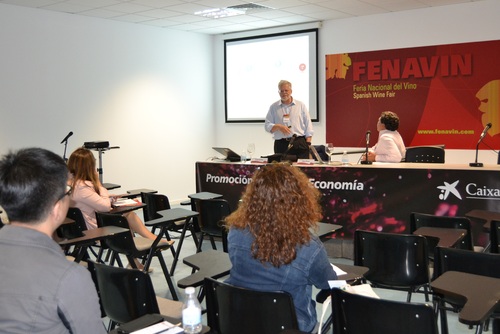