Fernando Redondo: "With just a few resources it is more than possible to do wonderful things in the enotourism business" 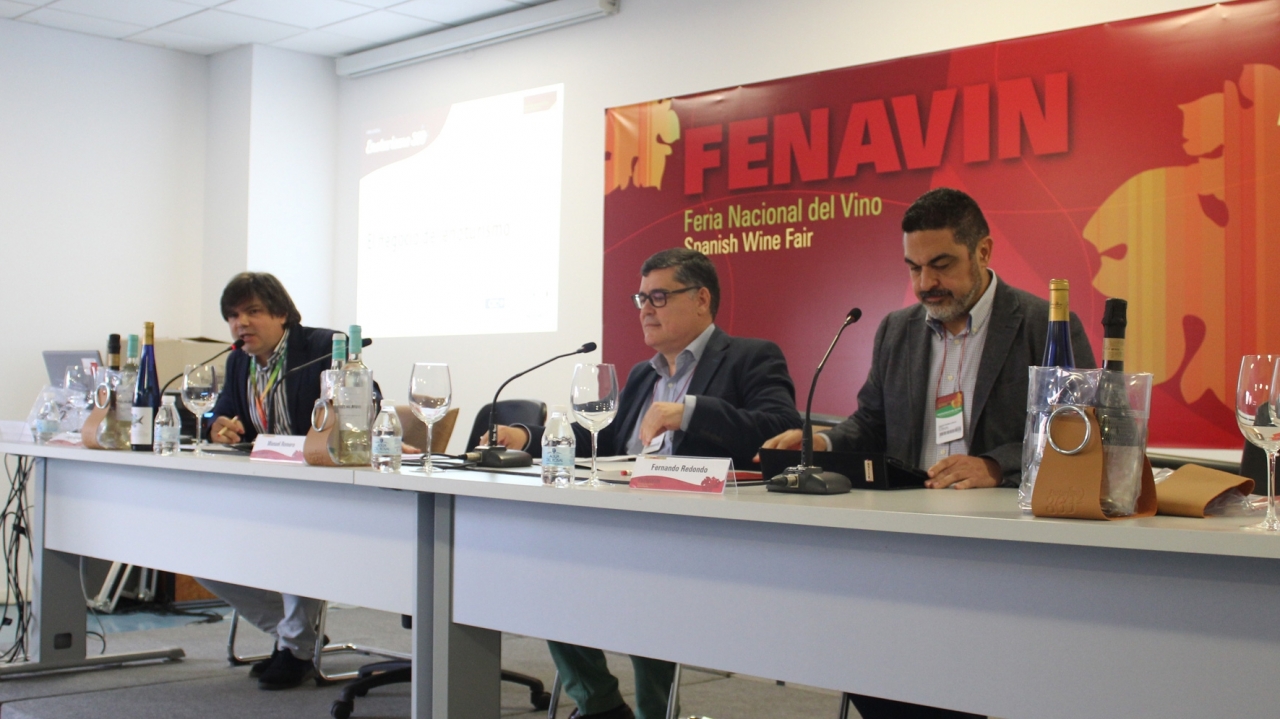 The third day of activities of the 10th Edition of FENAVIN has kicked off with the presentation “The business of enotourism and the wineries of Spain”, the same headed by Jorge Solana, Director and CEO of the magazine Enotourism 360º, which for the second time running has organized these sessions involving tourism in the world of wine at the trade fair.

The person in charge of the inauguration itself was Rosa Melchor, President of ACEVIN and Rutas del Vino de España (Wine Routes of Spain) and Mayor of Alcázar de San Juan, who first presented a brief review of the history of this public-private initiative that saw the light in 2001 and that currently counts with 2000 participating companies and 30 routes throughout the country, with Valdepeñas and La Mancha just having recently been included.

Melchor has underscored the exponential growth that the Wine Routes of Spain has undergone in the last year, with 20.6% more visitors than in 2018, and which has represented an estimated expense of Euros 250 million in the more than 500 municipalities that are incorporated and in the 600 wineries that also make up part of the routes. “Enotourism is no longer a mere transient trend, but has in fact taken root and with many possibilities”, the Director of ACEVIN has affirmed, then explaining that since there is no rivalry between the different routes, they actually complement each other, working together in the network and allowing for generation of employment, which in turn contributes to a greater economic impact.

Straight away the first part of the presentation was undertaken, covering matters such as the benefits that enotourism can provide to a winery, what is the income like and the positioning of the brand, what is a differentiation tool, or the keys to make this business involving wine tourism profitable. The presentation has been in the shape of a round table with participants such as Manuel Romero, Member Director of Dinamiza: Tourism Consultancy, specialized in enotourism and gastronomic tourism; and Fernando Redondo, Director of AC+Consultores of Tomelloso. AC+ is a company dedicated to consulting and engineering in areas such as Business Management, Quality, the Environment, Security and Innovation. In turn he is also the Representative of ACEVIN-Wine Routes of Spain’s Technical-Commercial Office.

Both have highlighted the keys of enotourism at a national and international level in order to turn it into a unique and singular product, and to make it profitable, even for the smaller sized wineries. As pointed out by Romero, visits to wineries and museums included in the Wine Routes imply an average increase of 10% each year, the same supposing that a ticket to visit the winery costs about Euros 10 for each tourist, plus what they spend in the store, which represents an approximate expense of Euros 160 per tourist. Likewise he has underscored that 74% of the tourism is national, while only 26% is foreign, thus he insisted that “there is an ample margin for improvement” in this regard.

Hence it has been verified that enotourism can be complementary to the selling of wine, and as an individual product in that pertaining to the winery’s business, it should receive a special treatment in order to be profitable, as is the case of the González Díaz Winery in Jerez, which both have set forward as an example.

“Nothing happens by chance and we must know how to work. This is a mid/long term wager, investment of which depends on each winery”, Redondo pointed out, adding that “extraordinary things can be done with very few resources”. In this sense the Tomelloso born participant has given value to small projects and to the cooperatives, as quite often they seem to encounter barriers that hinder their undertaking enotourism as a business plan, as is the case with the increase of employees or availability.

The second part has focused on the experience obtained by the large family run wineries in the area of enotourism, the same outlined by the Pagos de España Group and Jorge Rivero, as Representative of the Marqués de Atrio Winery from La Rioja, who also had their wines on display at the trade fair. These are important and interesting examples of enotourism in the national and international scope that should indeed be followed and note should be taken.

Enotourism has products that work and some examples can be inspiring in order to put these products on the market and so that they can be of interest in other places or wineries. The idea is not copying, but improving those wagers that have proven to be efficient in attracting tourists to the facilities. The goal still continues to be selling wine, although even this is easier if a well-known, strong and sound brand on the market is created. 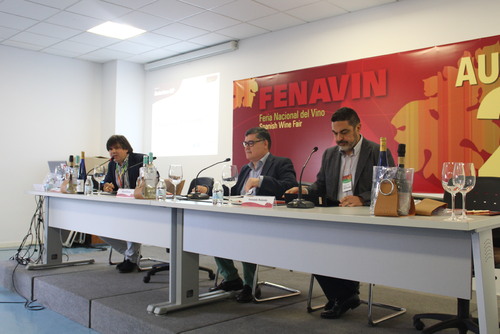