FENAVIN, boasts, with more than 495,000 commercial contacts, the wine business in Ciudad Real

The most conservative estimates are considering an economic movement of about Euros 47 million, although the reality of the matter is that it might just reach 54 million 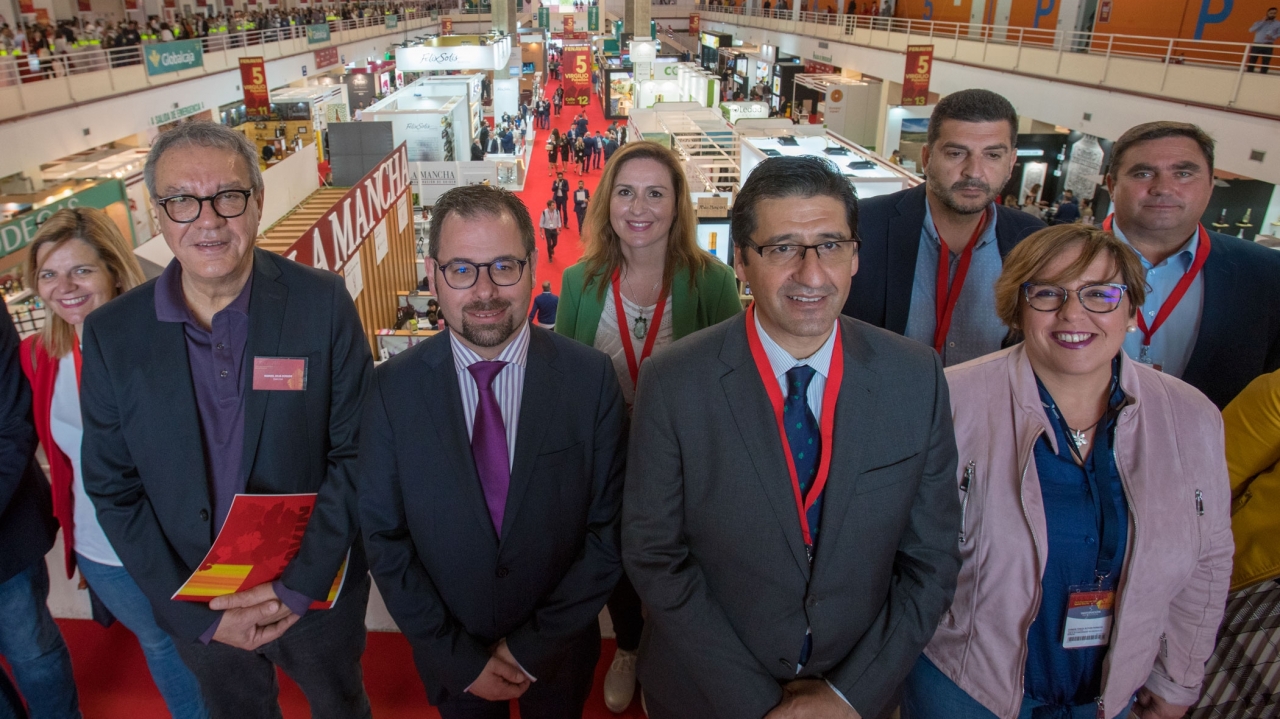 The satisfaction and enthusiasm that could be observed in the buyers, sellers, winery owners and cooperative managers as of the very first day of FENAVIN led us to forebode a resounding success and excellent business figures. And indeed this has been the case and will continue to be so for months to come, because the National Trade Fair on Wine, which will always remain in Ciudad Real and in 2021 will be held in facilities that actually respond and cover its prestige and magnitude, closes its doors with 495,180 commercial contacts, representing 20.47% more than in the previous edition, and with an estimated economic movement ranging between Euros 47 and 54 million.

These figures have been given to José Manuel Caballero, Provincial Government’s and FENAVIN’s President, by Manuel Julia, who today has come face to face with his last balance sheet from the event’s management. In this regard he added that the figures are not anywhere near being an exaggeration. If you take into account that in one year the province sells Euros 482 million in wine around the world, then it is certainly not misbegotten to consider that in three days 1,946 exhibitors, amongst which the largest winery groups are to be included, have made business deals reaching more than Euros 50 million.

“This is the reason of being of the trade fair, business, pure business, as we come to this trade fair to buy and sell”, he mentioned, to then indicate the pride he feels for Ciudad Real as the hub itself of the global wine business. And likewise that it is precisely in the capital city of the province where the foundations lie to close these business deals henceforward.

Caballero, who has dedicated the trade fair to all the men and women who work in the rural area taking care of the vineyards, pruning the vines and harvesting the grapes, this morning offered up spectacular figures that frankly guarantee that the tenth edition of the trade fair has been the very best in history. A total of 18,340 buyers, of which 4,225 were from abroad, from 104 countries, amongst which were to be found the Republic of Côte d’Ivoire, Guatemala, India, Kazakhstan, Kyrgyzstan, Madagascar, Montenegro, Sri Lanka, Togo and Uzbekistan.

They have held an average of 27 business meetings during the three days of the trade fair, this with the 1,946 wineries that have been working in the nine pavilions, thus 8% more. He has also referred to the fact that 137 wines with differentiated seal of quality have been on display, apart from the participation of each and every one of the autonomous communities.

On to other figures, a total of 111,215 people have been accredited, of which 31,100 represent other professionals from the world of wine, apart from buyers, exhibitors and specialized journalists. Likewise included are 5,838 exhibitors, 48,898 visitors and 1,963 institutional representatives, apart from 3,066 national journalists and 753 international media groups such as Gilbert & Gaillard, Il Corriere Vinicolo, Vinix, Vinotek, Taiwan Sommelier, the Russian agency Pro Vina and the prestigious English blog Wine Behind The Label. To be added to these figures is the entire assembly and setting up staff (592 persons) and the 37 members making up FENAVIN’s organization, plus the ancillary staff (361 persons) and the 267 speakers. Also, a total of 85,054 work hours have been invested in the trade fair.

On the other hand, it has been possible to try and taste 1,942 wine references in the Wine Gallery, in which a notable increase of organic wines has been seen, which in the opinion of Caballero allows us to trial run the market trends and cover one of the most growing concerns in that relating to sustainability.

To be mentioned as well are the peculiarities of the trade fair, with use of almost 800 kilograms of ice at the Wine Gallery being highlighted, along with the 5000 glasses of wine that have been constantly rotating, apart from the fact that this year five trailer trucks have unloaded all the wine that was to be found at the trade fair, this in comparison with the three trailer trucks used in the previous edition.

Another curiosity, as highlighted by Caballero, is the Spanish ingenuity that has been perceived in the names of the wines, some of which were “Vivir sin dormir” (Living Without Sleeping), “El novio perfecto” (The Perfect Boyfriend), “¿Y tú de quién eres?” (And Who Do You Belong To?), “Con dos huevos” (With a Pair of Balls), “Marta Cibelina”, “Viuda negra nunca jamás” (Black Widow Never Ever), “El marido de mi amiga” (My Girlfriend’s Husband), “Tío del carro” (The Cart Man), “Lunático” (Lunatic), “Quitapenas” (Pick-Me-Up) and “50 veranos” (Fifty Summers), amongst others.

The President of the Provincial Government and of FENAVIN has commented that the National Trade Fair on Wine is indeed possible and an undeniable success thanks to the organization, the same headed by Manuel Juliá and the trade fair’s management policy, carried out by its Vice President Gonzalo Redondo, as well as the support of the sponsors and institutions such as the Regional Government. “It is of essence that the Regional Government represents our ally”, he said before mentioning the support received from the Ministry of Agriculture, through which FENAVIN must continue to consolidate its presence in the world, taking good advantage of the presence of the Government of Spain in all countries.

In like manner he has also shown his appreciation to the media groups for their interest in making the trade fair known and he has guaranteed that as of tomorrow work on the next edition of FENAVIN will start, trusting that the 2021 edition will be held in the new and improved facilities. 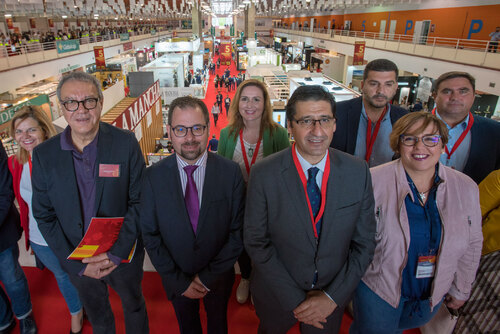 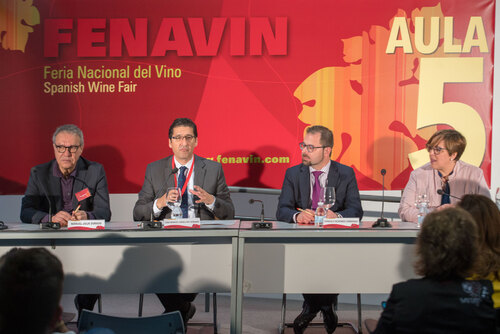 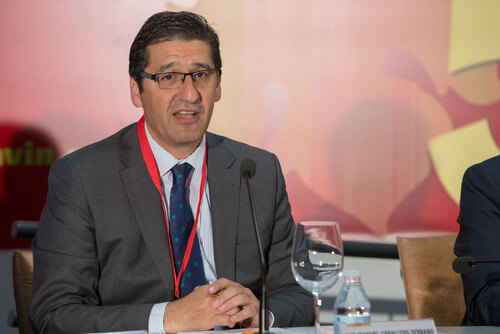 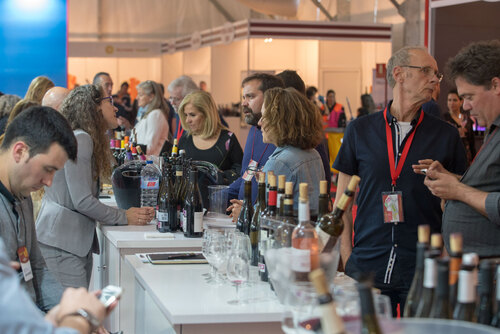 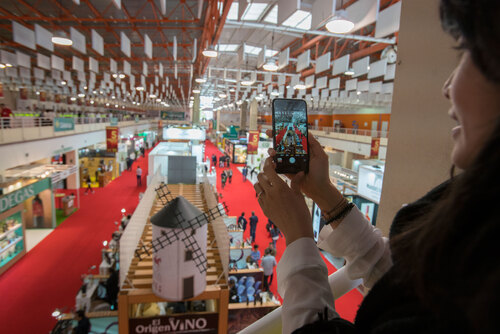 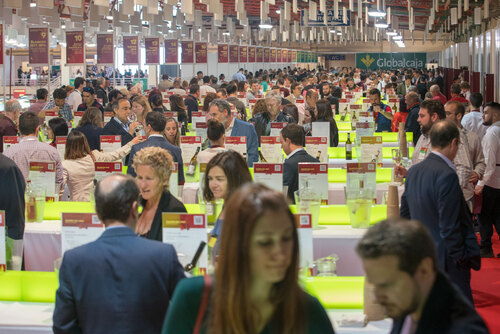