The High Commissioner for the Government in this matter, Carlos Espinosa de los Monteros, has participated at FENAVIN 2017 imparting a conference 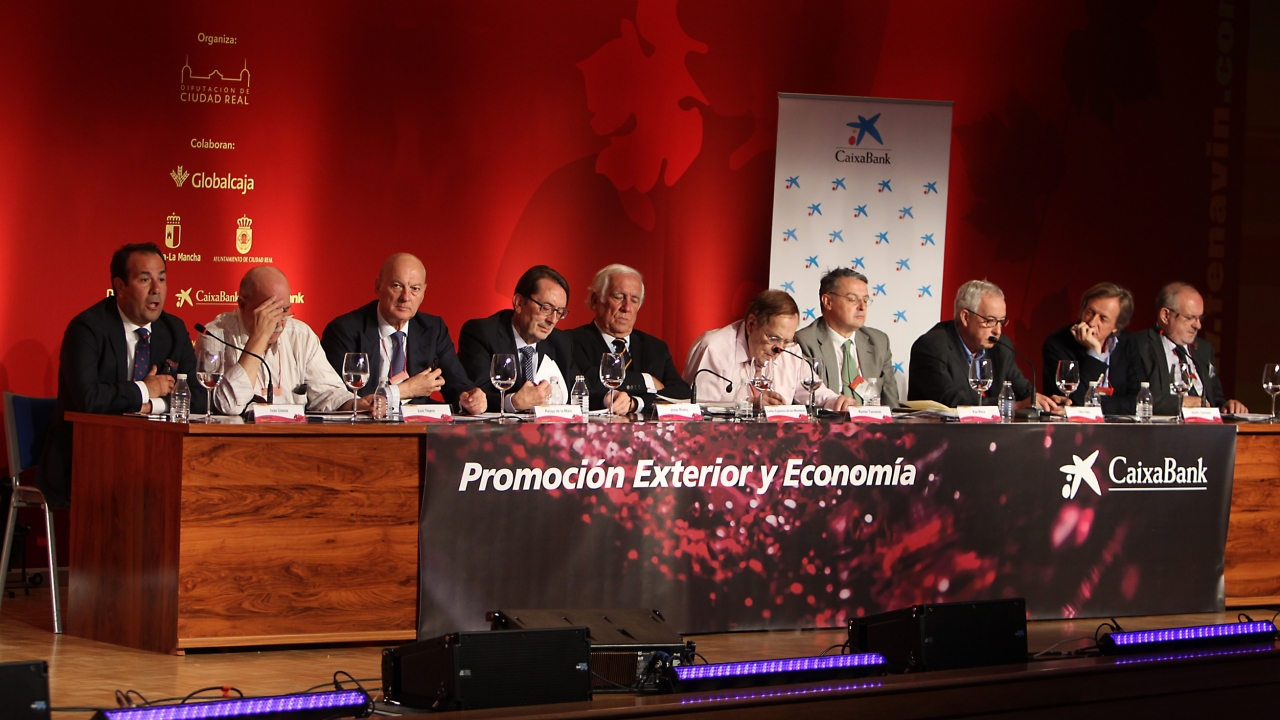 “To talk about the world of wine is to talk about “Marca España”, categorically stated Carlos Espinosa de los Monteros today, the High Commissioner for the Government for the “Marca España” during his participation this afternoon in a conference imparted at FENAVIN 2017. Espinosa has underlined that wine and the “Marca España” have things in common, such as the combination of tradition with modernity, the fact that both are capable of transmitting a sound image and one of solidarity, indicating diversity and what is even more difficult, reliability.

Espinosa has reminded us that in all surveys made to date, what foreigners envy the most is the Spanish way of life, in which wine takes on a fundamental role in their diet. With regards to the industry’s challenges in the future, the commissioner talked about adding value to our wine abroad so that prices will reach those of their direct competitors, such as Italy or France.

Right afterwards Iván Llanza, Director of Communication for the Osborne Group, took the audience on a tour of the mythical Osborne Bull, which in its sixty years of history has turned into the country’s unofficial insignia. This family winery with a history of two hundred and forty-four years has been commercializing its products in fifty countries and its Osborne Bull can be seen in Mexico and even in Copenhagen. The winery itself is in charge of maintaining the symbol” and with pride, as it is our contribution to this country’s image”, he finished up.

The next turn on the floor was for Félix Solís, from the winery Felix Solis Avantis, who explained that his company has been exporting since the year 1955 and that it currently counts with a bottling company in China. Solís also talked about La Mancha as “the dormant giant”, which must awaken and recognize the quality of its wines and reduce its commercialization of bulk wine.

Pelayo de la Mata, President of the Varma Group, indicated that it is an error to renounce to one’s own history, to live ignoring the same, as it is actually the thrust and boost that is needed for the future. “In Spain we tend to question our own history, which in turn creates a sort of collective inferiority complex and to sell wine abroad we must get rid of this complex”.

Jesús Rivero, Director General of the winery Bodegas Marqués de Atrio, also talked about the expansion through the Far East, which has been reinforced since 2007 with its Chinese partner, Xanju, and its incorporation as the official wine of the Spanish Football League, which is representing an extension of its prestige throughout China.

Finally, Pau Roca, Secretary General of the Spanish Wine Federation, has explained that wine is a product that is partially cultural, and that identification is necessary, identification of the brands, of the Designations of Origin, of the country, of its diversity, all necessary as a point of connection.

The conference has included a second part to the account of Ramón Tamames, the computer expert Adolfo Tamames and the Historian Emilio de Diego, who all talked about a project they are working on and that is destined, in synthesis, to cover the history of Spain by way of its wines.