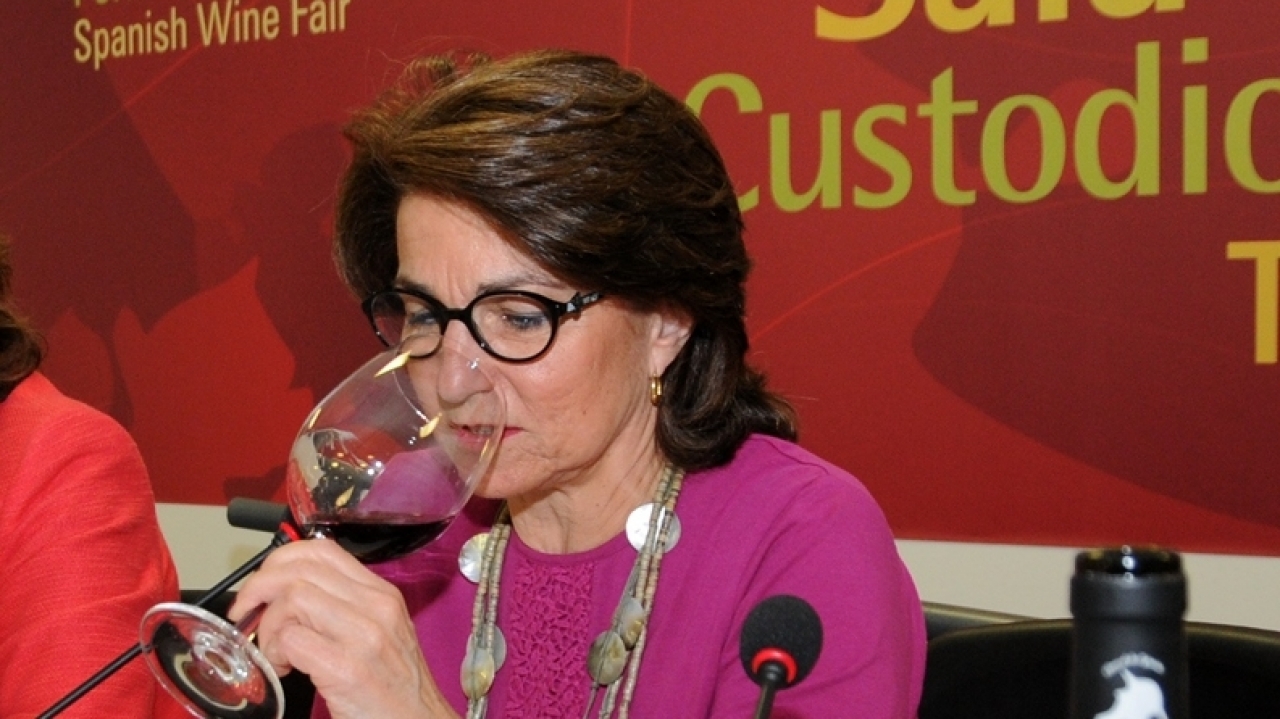 The Enologist and Wine Consultant, María Antonia Fernández-Daza, will be participating in the National Trade Fair on Wine (FENAVIN), which is to be held from May 9th to the 11th at the Ciudad Real Trade Fair Pavilion, the same with a couple of interventions in which she will first talk about Spanish wines and then she will take the participants on a tour of the wines of the province of Ciudad Real.

The first of the lectures in which María Antonia Fernández-Daza will be participating is presented under the title of “Descubriendo los vinos de España” (Discovering the Wines of Spain) and it will take place on May 9th as of 6.00 pm in Lecture Hall 4. The lecture is organized by the ICEX (Spanish Institute for Foreign Trade) and the Enologist and Consultant comments that she will be talking about the characteristics of Spanish wines, a land that has had, has and hopes to have in the future a tremendous diversity of grape varieties and, even more important, good varieties. Apart from the fact that great wines are produced in all the provinces and communities, “what characterizes Spanish wines is the diversity and richness of the climates and soils”, she indicates.

Fernández-Daza also points out a trend that Spanish wine growing is currently undergoing, which involves the recuperation of varieties and plots of land that were abandoned in the past due to the difficulty involved in their care. Thanks to the new technical capacities that the new century offers, these lands are once again being cultivated and the result is wines with “very special characteristics and great personality”.

The expert in wines will also be participating in the lecture “Impulsa Enoturismo: experiencias de vino de paisaje e historia en Ciudad Real” (Promoting Enotourism: Experiences with Landscape Wine and the History of Ciudad Real), which will take place on May 11th as of 10.00 am in Lecture Hall 3. This activity is organized by the Chamber of Commerce, Industry and Services of Ciudad Real and Fernández-Daza will be accompanied by the Director of the Chamber of Commerce of Ciudad Real, José María Cabanes Fisac and the Technician in Internationalization belonging to the same institution, María Domingo Vicente.

Activity dedicated to a province that stands out because it represents the largest extension of vineyards in our country and because in the last few years it is also remarkable “because of the varieties, quality, culture and improvement in the production, all of this tied in with the past and wagering on sustainability”, she concludes.

In the opinion of the Enologist and Consultant, FENAVIN has found its place as an exclusive trade fair dedicated to Spanish wine, although it is also true that attempts have been made to create similar events, which have not been taken to “term”. She admits that she has always liked this event and that she considers it to be “very interesting” ever since its “modest beginnings”, praising the tenacity of its organizers in their endeavor to reach as far as they have with the idea.

She also adds “that it is a trade fair that can be easily reached from Madrid and the program of activities is so broad-ranging and interesting that sometimes I wish the trade fair would be a bit longer so that I could participate in many more of the activities.”