The space, covering over 230 square meters, will be a reflection of the regional government's support for the promotion of the culture of wine 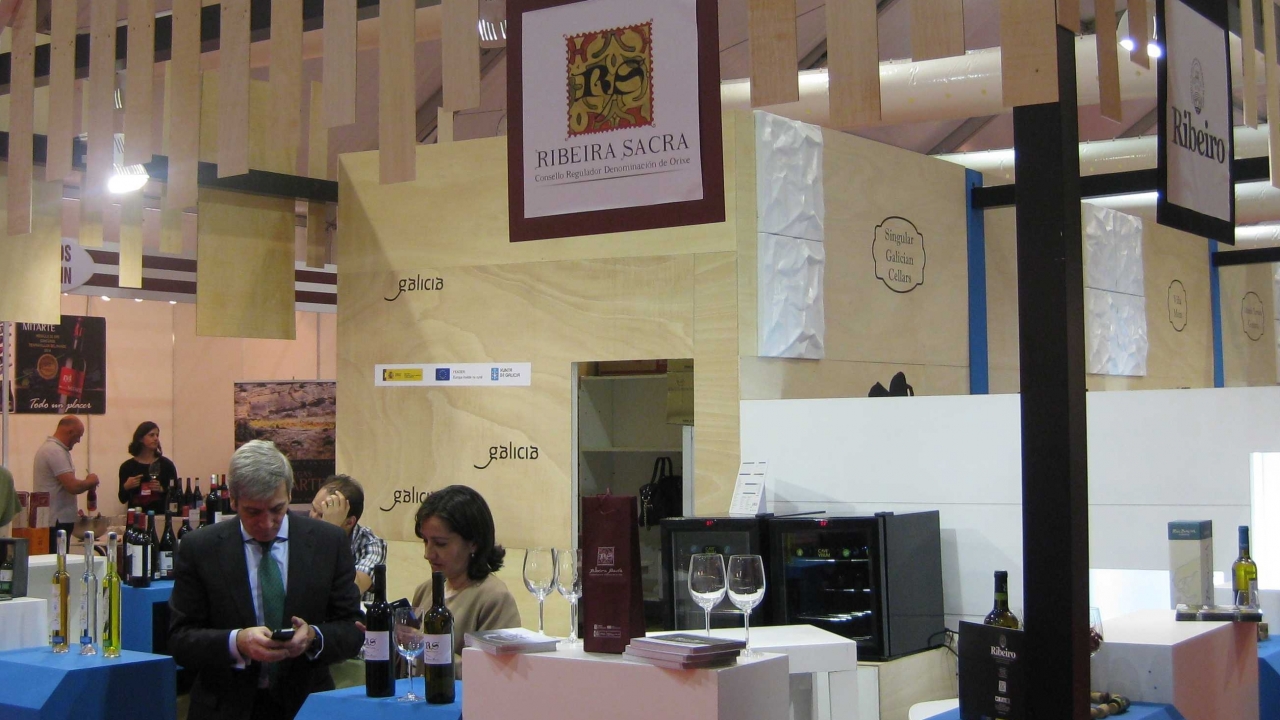 Ribeiro, Valdeorras, Rías Baixas, Monterrei and Ribeira Sacra, the five Designations of Origin from Galicia, as well as its Protected Geographic Indications covering traditional “aguardientes” (firewater, distilled spirit containing between 29% and 60% alcohol by volume) and liquors (herbs and coffee) with their regulator board seals will be participating at FENAVIN 2017, gathering together at the stand that is sponsored by the Government of Galicia, with the stand measuring more than 230 square meters and the idea residing in putting on display the best of a wine that stands out due to its quality.

From the Ministry of Rural Development they explain that although the Galician wine production is reduced to the domestic context, it is a very important part of the regional economy. “The sector of wines with Designation of Origin provided a volume close to 180 million euros in the year 2015, although in social and environmental terms it provided much much more and it also generated other economic activities related with leisure and tourism”.

In their opinion wine is a strategic sector for broad-ranging areas of the territory and this is the reason why it receives institutional support throughout all its business stages, ranging from production right through to commercialization. More than 45 companies will be coming together at their stand, thus taking advantage of the occasion to make the quality and diversity of their products known to all.

“FENAVIN is a trade fair that Galician companies certainly do not want to miss out on, mainly because it is aimed at favoring business. Our wineries tell us that the encounters that have been established during the trade fair end up materializing into real sales and that is the goal of any company”, the Government underlines. Proof of this interest is the increase in the number of Galician wineries that are represented in each edition and the rate at which they repeat the experience.

The work carried out by the Government is focused on favoring Galician wineries so that they can participate in FENAVIN to commercialize their productions, “in such a way that the benefit will redound on the Galician rural world”, they explain.

Optimism will be the reigning feeling at the great Galician stand. “Expectations are good and we very much trust in the quality of our wines and the capacity of the Galician companies to establish commercial agreements with both national and international buyers. Thus, it is by way of the proposals offered by the trade fair organization, such as the “Contact With” program, the Wine Gallery, the Business Center and the Business Searcher, that we expect that the event will favor business and serve as a showcase to make our wines known to all, along with “aguardientes” and traditional Galician liquors, all with a quality indication”, they underscore.